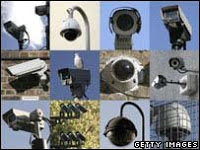 from raw replay: CCTV cameras have failed to bring about a reduction in crime despite billions of pounds being spent on the network, a senior police officer said Tuesday.

Detective Chief Inspector Mike Neville – who leads Scotland Yard‘s Visual Images, Identifications and Detections Office (Viido) – said the system was an “utter fiasco” as it only helped solve three percent of crimes and failed to deter criminals. He also urged that officers be properly trained in the new technology as some avoid looking through CCTV images “because it’s hard work”.

“CCTV was originally seen as a preventative measure,” he told the Guardian while attending the Security Document World Conference in London.