US waves white flag in disastrous ‘war on drugs’

after 40yrs, washington is quietly giving up on a futile battle that has spread corruption & destroyed thousands of lives 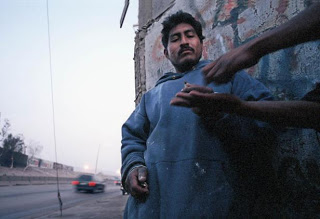 from independent: After 40 years of defeat and failure, America’s “war on drugs” is being buried in the same fashion as it was born – amid bloodshed, confusion, corruption and scandal. US agents are being pulled from South America; Washington is putting its narcotics policy under review, and a newly confident region is no longer prepared to swallow its fatal Prohibition error. Indeed, after the expenditure of billions of dollars and the violent deaths of tens of thousands of people, a suitable epitaph for America’s longest “war” may well be the plan, in Bolivia, for every family to be given the right to grow coca in its own backyard.

The “war“, declared unilaterally throughout the world by Richard Nixon in 1969, is expiring as its strategists start discarding plans that have proved futile over four decades: they are preparing to withdraw their agents from narcotics battlefields from Colombia to Afghanistan and beginning to coach them in the art of trumpeting victory and melting away into anonymous defeat. Not surprisingly, the new strategy is being gingerly aired in the media of the US establishment, from The Wall Street Journal to the Miami Herald.

Prospects in the new decade are thus opening up for vast amounts of useless government expenditure being reassigned to the treatment of addicts instead of their capture and imprisonment. And, no less important, the ever-expanding balloon of corruption that the “war” has brought to heads of government, armies and police forces wherever it has been waged may slowly start to deflate.