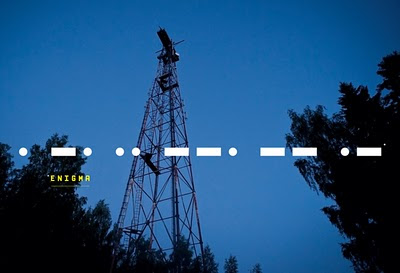 from wired: From a lonely rusted tower in a forest north of Moscow, a mysterious shortwave radio station transmitted day and night. For at least the decade leading up to 1992, it broadcast almost nothing but beeps; after that, it switched to buzzes, generally between 21 and 34 per minute, each lasting roughly a second—a nasally foghorn blaring through a crackly ether. The signal was said to emanate from the grounds of a voyenni gorodok (mini military city) near the village of Povarovo, and very rarely, perhaps once every few weeks, the monotony was broken by a male voice reciting brief sequences of numbers and words, often strings of Russian names: “Anna, Nikolai, Ivan, Tatyana, Roman.” But the balance of the airtime was filled by a steady, almost maddening, series of inexplicable tones.

The amplitude and pitch of the buzzing sometimes shifted, and the intervals between tones would fluctuate. Every hour, on the hour, the station would buzz twice, quickly. None of the upheavals that had enveloped Russia in the last decade of the cold war and the first two decades of the post-cold-war era—Mikhail Gorbachev, perestroika, the end of the Afghan war, the Soviet implosion, the end of price controls, Boris Yeltsin, the bombing of parliament, the first Chechen war, the oligarchs, the financial crisis, the second Chechen war, the rise of Putinism—had ever kept UVB-76, as the station’s call sign ran, from its inscrutable purpose. During that time, its broadcast came to transfix a small cadre of shortwave radio enthusiasts, who tuned in and documented nearly every signal it transmitted. Although the Buzzer (as they nicknamed it) had always been an unknown quantity, it was also a reassuring constant, droning on with a dark, metronome-like regularity.

But on June 5, 2010, the buzzing ceased. No announcements, no explanations. Only silence.