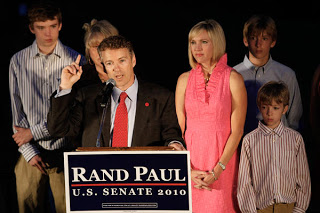 Hope, change or more of the same? 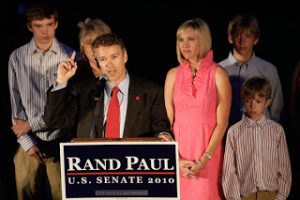 from ap: With the electorate's intense anger reverberating across the country, this is all but certain: It's an anti-Washington, anti-establishment year. And candidates with ties to either better beware. Any doubt about just how toxic the political environment is for congressional incumbents and candidates hand-picked by national Republican and Democratic leaders disappeared late Tuesday, when voters fired Democratic Sen. Arlen Specter in Pennsylvania, forced Democratic Sen. Blanche Lincoln into a run-off in Arkansas and chose tea party darling Rand Paul to be the GOP nominee in Kentucky's Senate race. "People just aren't very happy," Ira Robbins, 61, said in Allentown, Pa. With anyone linked to power, it seems.

Update: Is the establishment in a panic over Rand Paul?