from no one has to die tomorrow: As if Christmas had not been destroyed enough by consumerism, here comes NORAD pushing their propaganda on the young believers. NORAD has a website to 'track' Santa's whereabouts, and they are using Rudolph's rfid red nose to follow the jolly old elf. The push of an armed escort into Santa's itinerary is an obvious attempt to condition children to accept the control grid, (it is of course out of love, and above all else, safety). They even use 9/11 to help define NORAD's purpose on their Santa tracking website, of course they leave out the part where they stood down that day. Why does the man who operates solely on magic need NORAD? He doesn't, it is NORAD who needs Santa's magic; to con the children. Get them young and hit them in a vulnerable spot, Bernays would be proud. NORAD should stick to standing down and leave the minds of our children alone.

man in santa suit kills 8, self on christmas eve 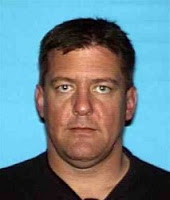 from ap: Stinging from an acrimonious divorce, a man plotting revenge against his ex-wife dressed up like Santa, went to his former in-laws' Christmas Eve party and slaughtered at least eight people before killing himself hours later. Bruce Pardo's ex-wife and her parents were believed to be among the dead. Investigators planned to return to the scene Friday and sift through the ashes of the home, which Pardo set ablaze using a bizarre homemade device that sprayed flammable liquid.

update1: 9th body found in aftermath of christmas massacre
from usa today: A ninth body has been found in the charred ruins of the Los Angeles-area house destroyed by a man dressed as Santa who first shot guests at a Christmas Eve party. 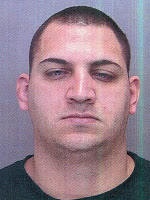 from philadelphia inquirer: A South Philadelphia man enraged because a father and son were talking during a Christmas showing of The Curious Case of Benjamin Button took care of the situation when he pulled a .380-caliber gun and shot the father, police said. James Joseph Cialella Jr., 29, of the 1900 block of Hollywood Street is charged with attempted murder, aggravated assault, and weapons violations. "It's truly frightening when you see something like this evolve into such violence," said police spokesman Lt. Frank Vanore.

christ would fight global tyranny
from presstv: In his Christmas message to Britain, Iranian President Mahmoud Ahmadinejad will hail Jesus as the standard-bearer of justice and call for change. “Jesus the Son of Mary is the standard-bearer of justice, of love for our fellow human beings, of the fight against tyranny, discrimination, and injustice," President Ahmadinejad will say in his Christmas Day speech, according to the preliminary text of his message.

never fear, a bright star will herald a new saviour

canadian kids get 'masoni-chipped' while visiting with santa
from woodstock sentinel: The event also served as a chance for parents to have their children documented by the MasoniCHIP program. Masons and volunteers from across Oxford were on hand to help make identification kits for local children. The MasoniCHIP program provides parents with their child's dental imprints, fingerprints, still photos and a short video. "It's a child identification program," explained Tyler Deheer of Princeton's Blenheim 108 Masonic Lodge, one of the organizers of Saturday's program. All the equipment needed to make an identification profile of a child was contained in a single briefcase, including a laptop computer, a webcam, a microphone and a fingerprint scanner. "The parents keep all the information. It comes on a CD and a piece of paper. It puts everything in a neat package," Deheer said, adding that the material could be given to police in the event the child goes missing. "It holds just about anything you could use to identify a child." The program originated in the United States and Masons in Ontario have taken the lead role in implementing the program in this province.

dc cops caught stealing from toys for tots
from raw story: This year, the Grinch is wearing blue instead of green. On Christmas day, four Washington, D.C. police officers were caught on tape stealing from Toys for Tots, a charity organization that collects toys for poor children. The United States Marines led the group's toy collection drive. Yvonne Smith, the Washington, D.C. police department's outreach coordinator, pleaded with the media for less focus on the crooked officers.

US singer eartha kitt dies at 81 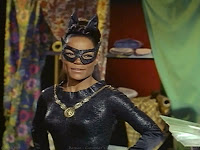 from bbc: American singer, dancer and actress Eartha Kitt has died at the age 81, her friend and publicist has said. Kitt died of colon cancer on Thursday, Andrew Freedman said. She was one of the few artists to be nominated in the Tony, Grammy and Emmy award categories and was a stalwart of the Manhattan cabaret scene. She famously played Catwoman in the Batman television series in the 1960s and was known for her distinctive, feline drawl. She also had a number of hit songs, including Old Fashioned Girl, C'est Si Bon and Santa Baby.

appreciation: playwright harold pinter, 1930-2008
from washington post: Let us pause. And in deference to a man who knew precisely how to wring meaning from silence, stop just a little longer. Harold Pinter, prospector of 24-karat drama in the tension-racked spaces between words, died in London on Wednesday, at age 78. With his death, the pool of contemporary playwrights of international literary stature has been all but drained dry.

actor who played gay fireman on sopranos takes own life 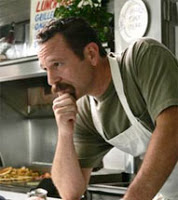 from ap: Police say the actor who portrayed the gay lover of a closeted mobster on "The Sopranos" has died of a self-inflicted gunshot wound in New York. Police spokesman Lt. John Grimpel says John Costelloe was found dead in an apparent suicide at his Brooklyn home on Dec. 18. Police were called to his residence after family members were unable to reach him. The 47-year-old former New York City firefighter gained fame in 2006 when he was cast as short-order cook Jim "Johnny Cakes" Witowski opposite Joseph Gannascoli, who played gay mobster Vito Spatafore on the hit HBO show. Costelloe was performing as a hustler in a theater production of "Gang of Seven" at the time of his death.