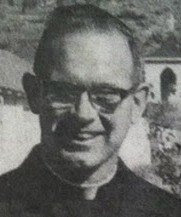 from oregonlive: For 40 years, Katherine Mendez kept the story of her abuse at the hands of a Jesuit priest to herself. But the details were never far from mind: She had been 11 years old when she was raped at St. Mary's Mission School in Omak, Wash., moments after she scuffled with another student and was then brought into the office of Father John J. Morse.

The sexual abuse continued from sixth grade into eighth grade, she said. And even after Mendez left the school and moved in with a foster family in Selah, 200 miles away, the priest tracked her down to continue the abuse. "Every day, every single day, it was a nightmare," Mendez said today. "I was always looking over my shoulder."

This morning, three years after she came forward as the initial plaintiff in a 21-plaintiff federal lawsuit in Spokane against priests from St. Mary’s - a suit filed three months before the Oregon Province of the Society of Jesus declared bankruptcy - Mendez, now 55, is poised for a measure of justice. The Northwest's Jesuits and their insurers agreed to pay $166.1 million in a bankruptcy settlement aimed at compensating nearly 500 people with active claims of sexual abuse by priests in Alaska, Idaho, Montana, Oregon and Washington, including Mendez.