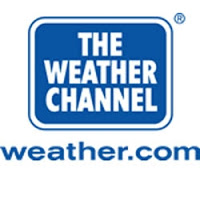 from newsbusters: If the founder of The Weather Channel spoke out strongly against the manmade global warming myth, might media members notice?

We’re going to find out the answer to that question soon, for John Coleman wrote an article published at ICECAP Wednesday that should certainly garner attention from press members – assuming journalism hasn’t been completely replaced by propagandist activism, that is.

It is the greatest scam in history. I am amazed, appalled and highly offended by it. Global Warming; It is a SCAM. Some dastardly scientists with environmental and political motives manipulated long term scientific data to create in [sic] allusion of rapid global warming. Other scientists of the same environmental whacko type jumped into the circle to support and broaden the “research” to further enhance the totally slanted, bogus global warming claims. Their friends in government steered huge research grants their way to keep the movement going. Soon they claimed to be a consensus.

Environmental extremists, notable politicians among them, then teamed up with movie, media and other liberal, environmentalist journalists to create this wild “scientific” scenario of the civilization threatening environmental consequences from Global Warming unless we adhere to their radical agenda. Now their ridiculous manipulated science has been accepted as fact and become a cornerstone issue for CNN, CBS, NBC, the Democratic Political Party, the Governor of California, school teachers and, in many cases, well informed but very gullible environmental conscientious citizens. Only one reporter at ABC has been allowed to counter the Global Warming frenzy with one 15 minutes documentary segment.

I have read dozens of scientific papers. I have talked with numerous scientists. I have studied. I have thought about it. I know I am correct. There is no run away climate change. The impact of humans on climate is not catastrophic. Our planet is not in peril. I am incensed by the incredible media glamour, the politically correct silliness and rude dismissal of counter arguments by the high priest of Global Warming.

In time, a decade or two, the outrageous scam will be obvious.