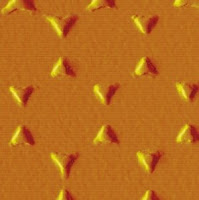 from azonano: Valued for it's antibacterial and odor-fighting properties, nanoparticle silver is becoming the star attraction in a range of products from socks to bandages to washing machines. But as silver's benefits propel it to the forefront of consumer nanomaterials, scientists are recommending a closer examination of the unforeseen environmental and health consequences of nanosilver. “The general public needs to be aware that there are unknown risks associated with the products they buy containing nanomaterials,” researchers Paul Westerhoff and Troy M. Benn said in a report scheduled for the 235th national meeting of the American Chemical Society (ACS).

from brisbane times: Aboriginal girls as young as 12 have received long-lasting contraceptive implants, according to the Queensland opposition, which claims "temporary sterilisation" tacitly approves of under-age sex, but fails to prevent sexually transmitted infections. Jann Stuckey, the opposition spokeswoman on child safety, said at least four - and possibly five - adolescent girls had received the implant Implanon over the past two years, in Woorabinda, central Queensland.

US cites fears on chemical in plastics

from washington post: A federal health agency acknowledged for the first time yesterday concerns that a chemical found in thousands of everyday products such as baby bottles and compact discs may cause cancer and other serious disorders. The draft report

(542kb PDF) by the National Toxicology Program signaled a turning point in the government's position on bisphenol A, or BPA, a chemical so ubiquitous in the United States that it has been detected in the urine of 93 percent of the population over 6 years of age.
flashback: wal-mart & target still sell baby bottles with bpa chemical 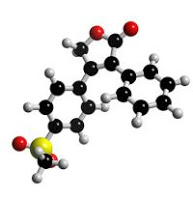 from afp: The risk of death linked to Merck's anti-inflammatory drug Vioxx was minimized in trial studies the company made public, according to a study out Tuesday. The report, appearing in the April 18 issue of the Journal of the American Medical Association (JAMA), compares Merck's internal data from 2001 with the results of clinical tests made public in 2004 and 2005. Merck voluntarily withdrew Vioxx from sale in September 2004 after a 2001 company internal study showed the drug doubled the risks of heart attack in patients who took it for 18 months or longer.

feds not addressing drugs in water
from ap: A White House task force that was supposed to devise a federal plan to research the issue of pharmaceuticals in drinking water has missed its deadline and failed to produce mandated reports and recommendations for coordination among numerous federal agencies, according to documents obtained by The Associated Press.