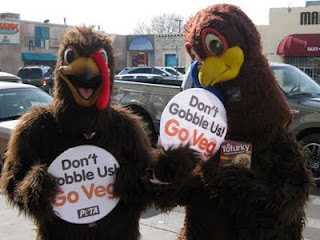 Walter Lee Hambrick, of Fairlea, faces three charges of animal cruelty and Scott Alvin White, of Second Creek, faces one charge. Attorneys for the men could not immediately be reached for comment.

Monroe County Prosecutor Justin St. Clair says the charges stem from an incident last year in which the Norfolk, Va.-based People for the Ethical Treatment of Animals videotaped workers at an Aviagen Turkeys Inc. plant abusing the birds.