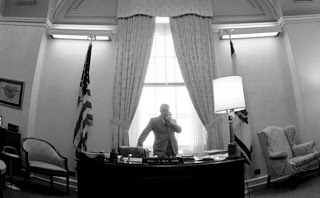 from cnn: West Virginia Sen. Robert Byrd, the self-educated son of a coal miner who became the longest-serving member of Congress, died early Monday at age 92, the senator's office said.

Byrd, a nine-term Democrat, was known as a master of the chamber's often-arcane rules and as the self-proclaimed "champion of the Constitution," a jealous guardian of congressional power.

His speeches were laced with references to poetry and the Greek and Roman classics, often punctuated by the brandishing of his pocket copy of the national charter.

He was also known as the "King of Pork," using top positions on the Senate Appropriations Committee to steer federal spending to his home state -- one of the nation's poorest.

"Pork, to the critic, is service to the people who enjoy some of the good things in life, and I've been happy to bring to West Virginia the projects to which they refer. I have no apology for it," he said.

"When I am dead and am opened they will find West Virginia written on my heart."

He was an outspoken opponent of the war in Iraq, calling his 2002 vote against a "blind and improvident" authorization of military action the proudest moment of his career.

West Virginia Gov. Joe Manchin - a Democrat - has the power to appoint a replacement for Byrd, whose current term is set to expire in 2013. 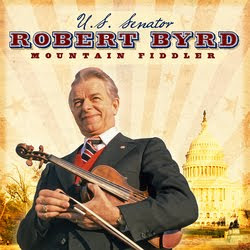 from ap: A Virginia record label plans to reissue a bluegrass album recorded by the late U.S. Sen. Robert Byrd of West Virginia. The West Virginia Democrat was the longest-serving member of the Senate. He died Monday at 92. The 1978 "Mountain Fiddler" album features Byrd performing old-time and bluegrass songs on fiddle, along with Country Gentlemen band members Doyle Lawson on guitar, James Bailey on banjo, and Spider Gilliam on bass. County Records owner Dave Freeman says the reissue project had been in the works for about 18 months. The CD will be available nationally July 27.