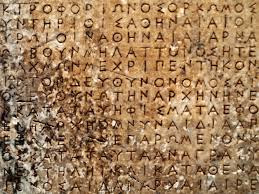 What is the Suda?

from Stoa.org: "The Suda is a massive 10th century Byzantine encyclopedia of the ancient Mediterranean world. Certain fundamental sources for the study of the ancient world are currently accessible only to a few specially trained researchers because they have never been provided with a sufficiently convenient interpretive apparatus or, in some cases, even translated into modern languages. The Suda On Line project attacks that inaccessibility by engaging the efforts of scholars world-wide in the translation and annotation of a substantial text that is being made available exclusively through the internet. We have chosen to begin with the Byzantine encyclopedia known as the Suda, a 10th century CE compilation of material on ancient literature, history, and biography. A massive work of about 30,000 entries, and written in sometimes dense Byzantine Greek prose, the Suda is an invaluable source for many details that would otherwise be unknown to us about Greek and Roman antiquity, as well as an important text for the study of Byzantine intellectual history."

"...But finally, what is the Suda? It is a succession of some thousands of items, their extent varying from a single word to a page or more. In it we find the explanation of a difficult form... or of a rare word... a grammatical point... elucidations of words with several meanings... as well as notes on people, places and institutions and on concepts (kosmos, nous, physis). It is essentially an historical and literary encyclopedia, but it is also a collection of proverbs and a kind of dictionary of quotations. We might say that it is a 'dictionary of conversation' for the use of 'cultured' people: in this respect it is a reflection of the culture and of the ideal of culture for an era..."

An example of a Suda On line search: Dreams.

"Although the Suda defies easy categorization it is without question one of the most remarkable extant works of Byzantine Greek scholarship. The Suda was compiled probably in the latter half of the tenth century and certainly no later than 1000 CE, but its exact date is unknown, as is the identity of its compiler or compilers. Even the exact meaning of its title is obscure; it now seems most likely that suda is actually a Latin loan-word meaning "fortress," a fitting title for a work whose purpose was to preserve and protect samples of ancient learning and literature. This was one of the primary goals of Byzantine scholarship in the tenth century; rather than creating new knowledge and areas of study, the scholars of that era labored to preserve the legacy of the past, and the Suda is one of the culminating achievements of "the encyclopedism of the tenth century." Now, after yet another millennium has passed, we are revisiting the still-valuable work of these anonymous Byzantine scholars and preparing it for new media and new centuries of readers.

The Suda's more than thirty thousand entries of names, terms, and phrases are arranged in simple alphabetical order, so that grammatical points and philosophical concepts intermingle with biographies of ancient authors and quotations from ancient texts. According to N. G. Wilson, the Suda represents a "significant stage in the evolution of this type of reference book," since it "incorporates a mass of articles that are intended to be informative rather than lexicographical, and the result is a cross between a dictionary and an encyclopedia."

The sources used by the Suda's compilers seem to have included Aristophanes, Homer, Sophocles, and the scholia (i.e., ancient marginalia) on these authors, as well as the Bible; however, the compilers relied most heavily on earlier scholars' abridgements of and selections from classical works. Since many of these earlier abridgements are no longer extant, and since they preserved bits of works that have also perished, there is much about the ancient Greek and Roman world that is known only, or primarily, through the Suda. Though it is by no means an exciting work of literature in its own right, the Suda counts as a crucial source for modern classical scholarship. As the Oxford Classical Dictionary notes, "in spite of its contradictions and other ineptitudes, [the Suda] is of the highest importance, since it preserves (however imperfectly) much that is ultimately derived from the earliest or best authorities in ancient scholarship, and includes material from many departments of Greek learning and civilization."