computers that see you & keep watch over you 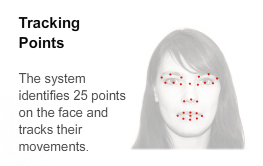 from nytimes: Hundreds of correctional officers from prisons across America descended last spring on a shuttered penitentiary in West Virginia for annual training exercises. Some officers played the role of prisoners, acting like gang members and stirring up trouble, including a mock riot. The latest in prison gear got a workout — body armor, shields, riot helmets, smoke bombs, gas masks. And, at this year’s drill, computers that could see the action. Perched above the prison yard, five cameras tracked the play-acting prisoners, and artificial-intelligence software analyzed the images to recognize faces, gestures and patterns of group behavior... "It was just too sensitive, and we didn’t want to go there," said Eric E. Schmidt, the chief executive of Google. "You want to avoid enabling stalker behavior."