from economic policy journal: The heavyweights want a report from the Treasury Secretary, including David Rockefeller and Lynn Forester de Rothschild (Forester was introduced to soon to be husband, Sir Evelyn de Rothschild, by Henry Kissinger at the 1998 Bilderberg Group conference in Scotland. They spent their honeymoon at the White House.)  In addition to Rockefeller and Lady de Rothschild, on Friday afternoon, Treasury Secretary Geithner will also meet with the other members of the Board of Directors of the Peter G. Peterson Institute for International Economics to discuss the Administration’s agenda for economic growth and strengthening the global financial system. Here's the hefty list of the Institute's Board of Directors... 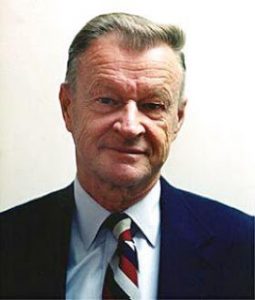 from paul joseph watson: At a recent Council on Foreign Relations speech in Montreal, co-founder with David Rockefeller of the Trilateral Commission and regular Bilderberg attendee Zbigniew Brzezinski warned that a “global political awakening,” in combination with infighting amongst the elite, was threatening to derail the move towards a one world government.

Brzezinski explained that global political leadership had become “much more diversified unlike what it was until relatively recently,” noting the rise of China as a geopolitical power, and that global leadership in the context of the G20 was “lacking internal unity with many of its members in bilateral antagonisms.”

In other words, the global elite is infighting amongst itself and this is hampering efforts to rescue the agenda for global government, which seems to be failing on almost every front.

Brzezinski then explained another significant factor in that, “For the first time in all of human history mankind is politically awakened – that’s a total new reality – it has not been so for most of human history.”

So perhaps the banksters & elites are losing their grip ... Meanwhile, citizen journalists from all around the world aren't letting these multi-generational serial killers off the hook.