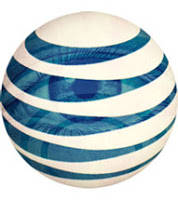 from raw story: A former technician at AT&T, who alleges that the telecom forwards virtually all of its internet traffic into a "secret room" to facilitate government spying, says the whole operation reminds him of something out of Orwell's 1984.

Appearing on MSNBC's Countdown program, whistleblower Mark Klein told Keith Olbermann that a copy of all internet traffic passing over AT&T lines was copied into a locked room at the company's San Francisco office - to which only employees with National Security Agency clearance had access - via a cable splitting device.