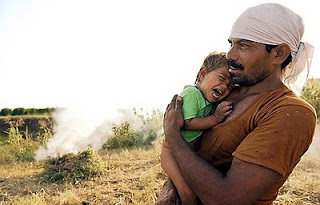 from india today: The debate on genetically modified (GM) brinjal variety continues to generate heat. Former managing director of Monsanto India, Tiruvadi Jagadisan, is the latest to join the critics of Bt brinjal, perhaps the first industry insider to do so. Jagadisan, who worked with Monsanto for nearly two decades, including eight years as the managing director of India operations, spoke against the new variety during the public consultation held in Bangalore on Saturday. On Monday, he elaborated by saying the company “used to fake scientific data” submitted to government regulatory agencies to get commercial approvals for its products in India.

The former Monsanto boss said government regulatory agencies with which the company used to deal with in the 1980s simply depended on data supplied by the company while giving approvals to herbicides.

“The Central Insecticide Board was supposed to give these approvals based on the location and crop-specific data from India. But it simply accepted foreign data supplied by Monsanto. They did not even have a test tube to validate the data and, at times, the data itself was faked,” Jagadisan said.

“I retired from the company as I felt the management of Monsanto, USA, was exploiting our country,” Jagadisan, 84, said from his home in Bangalore.

“At that time, Monsanto was getting into the seed business and I had information that a ‘terminator gene’ was to be incorporated in the seeds being supplied by the firm. This meant that the farmer had to buy fresh seeds from Monsanto at heavy cost every time he planted the crop,” he said.

Jagadisan said the parent company also retracted from the assurance given to then minister for chemicals and fertilisers, Vasant Sathe, on setting up a manufacturing unit in collaboration with Hindustan Insecticides for the herbicide butachlor.

“The negotiations went on for over a year and in the meantime, Monsanto imported and sold large quantities of the product and made huge profits,” he said.

Asked to comment on Jagadisan’s allegations, a Monsanto spokesperson said: “We have full faith in the Indian regulatory system, which has its checks and measures in place to ensure accuracy and authenticity of data furnished to them.” On approval of GM crops, the spokesperson said the regulatory process was stringent and “no biotech crops are allowed in the market until they undergo extensive and rigid crop safety assessments, following strict scientific protocols“.