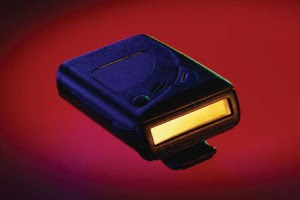 Site operators say they plan to start rolling out the texts beginning at 3:00 a.m. New York time, paced to display as they were broadcast at the corresponding time on September 11, 2001. American Airlines Flight 11 crashed into the World Trade Center’s North Tower at 8:46 a.m., and United Airlines Flight 175 hit the South Tower 17 minutes later.

“Text pagers are mostly carried by persons operating in an official capacity,” reads the description on the site. “Messages in the archive range from Pentagon and New York Police Department exchanges, to computers reporting faults to their operators as the World Trade Center collapsed.”

A sample of the alphanumeric pages appeared on the site Tuesday night:

8:36:03 AM
IRAQ SAYS IT SHOOTS DOWN U.S. RECONNAISSANCE PLANE

9:50:03 AM
it’s reported that a US military helicopter circled the building then crashed into or next to the Pentagon - it’s not clear to whether it was the White House or the Pentagon - they are being evacuated...

Wikileaks didn’t identify the source of the messages, but the site has a solid track record for releasing authentic information.

Unencrypted pager traffic has been subject to interception by hackers and others for years — an easy video tutorial made the rounds just last May. But Wikileaks implies this data came from an organized collection effort.

“While we are obligated by to protect our sources, it is clear that the information comes from an organization which has been intercepting and archiving national US telecommunications since prior to 9/11.”