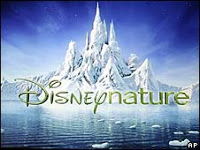 from ap: The Walt Disney Co. says it will launch a new film production unit called Disneynature to produce documentary films about the environment. CEO Robert Iger said Monday the unit marks a return to the Disney tradition of making nature films. The first of seven planned films will be "Earth," set for release on April 22, 2009, which is Earth Day.

from reuters: Mexico's top electoral body ordered broadcasters to stop running a controversial TV ad on Monday that compares a firebrand leftist leading a siege of Congress to dictators Hitler and Pinochet. The TV ad, funded by a Mexican businessman angry at a blockade of Congress by opposition lawmakers trying to derail an oil reform plan, says the antics of protest leader Andres Manuel Lopez Obrador are endangering democracy. "The complaints committee decided unanimously to order the withdrawal of the spot from today," a spokesman for the Federal Electoral Institute told Reuters.

jimmy justice: getting even with the law

from wikinews: A civilian known as 'Jimmy Justice' who resides in New York City (NYC), New York, the largest city in the United States, has been videotaping NYC police officers and city workers, breaking the law while on the job. Since 2007, he claims to have caught "hundreds of officers and other city employees violating the law," and says he has them all on camera. He has posted his best confrontations with them to the video sharing website YouTube.