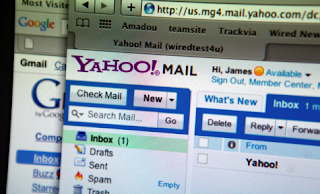 Saying the contested e-mail “would not be helpful to the government’s investigation,” (.pdf) the authorities withdrew demands for e-mail in a pending and sealed criminal case. For the moment, the move ends litigation over the hotly contested issue of when a warrant under the Fourth Amendment is required for Yahoo and other e-mail providers to release consumer communications to the authorities.

The brouhaha concerned a 1986 law that already allows the government to obtain a suspect’s e-mail from an internet service provider or webmail provider without a probable-cause warrant, once it’s been stored for 180 days or more. The government contended, and then backed off Friday, that it could get e-mail less than 180-days old if that e-mail has been read by the owner, and that the Constitution’s Fourth Amendment protections don’t apply.

Yahoo was backed (.pdf) by the Electronic Frontier Foundation, Google and the Center for Democracy & Technology in challenging the government’s position. It defied a court order to turn over those e-mails to the feds in a Colorado criminal probe that is under seal. Litigation over the topic ensued, and the government blinked in a legal standoff highlighting antiquated privacy laws.

Had the courts adopted the government’s position, (.pdf) the vast majority of Americans’ e-mail would be accessible to the government without probable cause, whenever law enforcement believes the messages would be relevant to a criminal investigation, even if the e-mail’s owner was not suspected of wrongdoing.

Still, the government’s move does not resolve the privacy issue, but merely instead delays it for a later day.