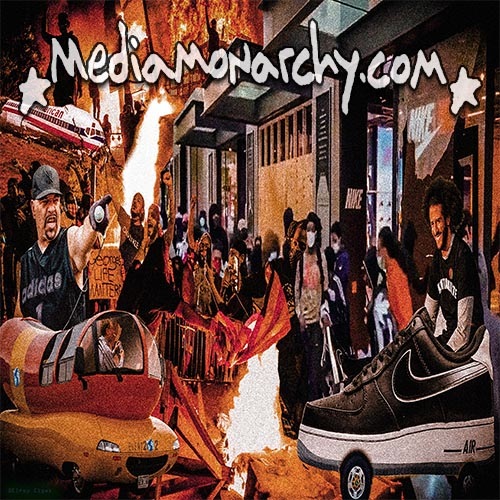 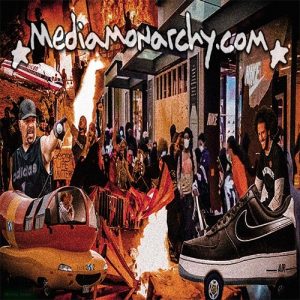 Race wars, arrestee tracing and spy bills + this day in history w/the Nepalese royal massacre and our song of the day by Daniel Romano on your Morning Monarchy for June 1, 2020.

Getting the prisoners to turn on each other again is a great way to halt any uprising against a tyrannical warden
https://twitter.com/mediamonarchy/status/1267264925279203328

Many US Journalists Arrested After New York Times Falsely Claims That Doesn’t Happen In America
https://twitter.com/ShawnCathcart/status/1267126629664468994

Minnesota Public Safety Commissioner John Harrington says they've begun contact tracing arrestees. "Who are they associated with? What platforms are they advocating for? ... Is this organized crime? ... We are in the process right now of building that information network." (Audio)
https://twitter.com/Bo0zeLeprechaun/status/1267116375237177344

Only in the USA: Heavily armed rednecks guarding residents against police and looters
https://twitter.com/NOTDumPhuk/status/1266152982711873539

WATCH: Video shows a suspicious white man breaking windows at the #Minneapolis Auto Zone and then walking away from the scene. This looks like an effort to instigate trouble in order to blame the protesters for the consequences. (Audio)
https://twitter.com/ASB_Breaking/status/1266177950740819969

Today's revolution is made possible in part by the Nike Corporation, who remind you to "Just Do It," and by GloboCap, sponsoring civil unrest in both developing and developed nations around the world since circa 1989. "GloboCap ... we're everywhere you want to be!"
https://twitter.com/consent_factory/status/1266742954439380992

People are waking up! This young man says these bricks were conveniently stacked on the sidewalk for them to use! What’s going on here?! #SetUp #GeorgeFloyd (Audio)
https://twitter.com/remyroy70/status/1266696974130130945

Minneapolis Riots Are a Reminder that Police Don't Protect You or Your Property
https://twitter.com/ShawnCathcart/status/1266966368018206720

This is the moment Minneapolis Police fired on our CBS News crew with rubber bullets. As you can see, no protesters anywhere near us - we all were wearing credentials and had cameras out. Our sound engineer was hit in the arm. (Audio)
https://twitter.com/NOTDumPhuk/status/1267066089072218115

The United States of America will be designating ANTIFA as a Terrorist Organization.
https://twitter.com/NOTDumPhuk/status/1267154495630434305

An estimated 860,000 people were set to become U.S. citizens — with many also expected to become first-time voters — before the coronavirus pandemic halted naturalization ceremonies. That could have a big impact on the 2020 electorate.
https://twitter.com/mad_writer357/status/1266148860231143425

The city of Santa Fe plans to resume its pay-for-parking program next week after offering nearly three months of free parking during the COVID-19 crisis.
https://twitter.com/thenewmexican/status/1266097203426275329

#ThisDayInHistory: #June1 w/Crown Prince Dipendra of Nepal shoots and kills several members of his family including his father and mother in the Nepalese royal massacre. (Audio)
https://twitter.com/mediamonarchy/status/1267515671677554689