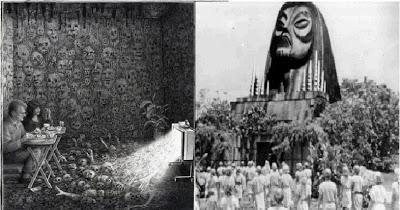 Zen Gardner senses it, "Sounds exotic, but it’s true. It’s all nuts. Something’s cut loose and we can all sense it and no one gets it. Cuz humanity’s carefully anesthetized." Gardner advises how our humanity is slowly drained from us:

"Mental conditioning is the name of the game for the designers and propagators of the matrix. Once the pattern is established in its captive subjects, the more you can pour the lies on without them being noticed. Also disguised is the fact that their every intention for humanity is for control and exploitation...But what specifically do they control us by? They flood our bodies with drugs delivered by any means possible; deprivation of nutrition, sunlight and clean air water and food; dumbed down education and a fully controlled media; mind numbing false news and so-called entertainment; electromagnetic smog blasting on the human nervous system wavelength; violence and oppressive fear and terror tactics, and on and on."

Gardner implies the distance is much smaller than we believe from a spot transfixed in front of a TV to entering the Morlocks Temple in 802,701 AD:

"The scene above is from the movie Time Machine from one of globalist insider H.G. Wells’ predictive programming pieces. Despite this meme of being fodder for other beings being shown to mankind for eons via literature or inside messengers, humanity doesn’t get it. It’s another great way to hide the Truth; sci-fi or story-fy it. Turn the real direction of the controllers into a fiction, a fantasy, entertainment…"

Gardner believes as the present writer a predictive programming meme, is meant, to get you familiar with your fate!  Will humanity wake up before it's too late?  It seems an awareness of our fate, is the question, mainly occupying Gardner's mind:

"Those who dare wake up to reality vs. those who continue on within the projected mindframe. They all have a chance to wake up, but not all will take the challenge and opportunity...Every day I’m just amazed that no one seems to notice what’s going on. The business as usual behavior and shallow chatter about nothing and the complete dependence on routine behavior for money and phony goals is just mind-boggling."

Dr Russell Blaylock may have answered Gardner's question in a 2009 video below. It's a grim reality if true and Blaylock makes persuasive argument that many people have already succumbed to the toxins in their environment, and resulting loss of ability to think clearly, may mean they will never wake up!