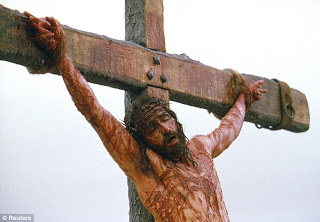 Are These Nails From the Crucifixion? 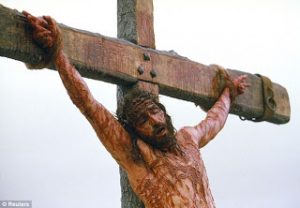 from dailymail: These are the two nails used to crucify Jesus, an investigator has claimed after they were discovered in a 2,000-year-old tomb in Jerusalem. The tiny relics, which are around two inches long, were first found in 1990 in an ancient Jerusalem grave said to belong to Caiaphas - the Jewish high priest who sent Jesus to the cross. But shortly after the excavation, the tomb was resealed and the artefacts mysteriously disappeared - until now. In a new documentary, The Nails Of The Cross, Simcha Jacobovici claims that he tracked down the remains to the laboratory in Tel Aviv of an anthropologist who is an expert on ancient bones. However, his dramatic revelations have been met with a cool response from scholars and experts who have dismissed him as a publicity seeker. The film begins by revisiting the burial place hailed by many at the time as the burial place of Caiaphas, who in the New Testament presides over the trial of Jesus. The grave, along with a number of ossuaries - or bone boxes - was uncovered during construction work on a hillside a few kilometres south of the Old City. Caiaphas is a major figure in the Gospels, having sent Jesus to the Romans and on to his death, and one of Jacobovici's assertions is that the high priest did not deserve such a bad reputation. Two iron nails were found in the tomb - one on the ground and one actually inside an ossuary - and, according to the film, disappeared shortly after. Jacobovici says that because Caiaphas is so closely linked to the crucifixion, he believes the nails found in his tomb will be shown to belong to Jesus.