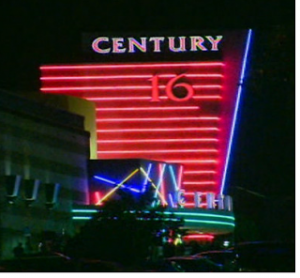 Jon Rappoport of NoMoreFakeNews.com shares views on July 20th Aurora shooting at the Century 16 Cinema on Episode 181 of the Corbett Report. Rappoport questions everything, including whether alleged perp James Holmes was even in theater. Nighthawk of Revolution Radio shares extensive research into police radio logs and declares Aurora shooting to be a black op on Project Camelot. The Project Camelot guest counts number of individuals from police radio reports to suggest they’re possibly members of black op team. Nighthawk makes it clear what he hears on police reports bears no resemblance to mainstream media reports! Nighthawk’s Aurora Investigation page reports James Holmes doesn’t remember a thing from past couple of months due to scopolamine, and suggests, two operatives moved in with him and took over his life, keeping Holmes incapacitated up to date of actual shooting!