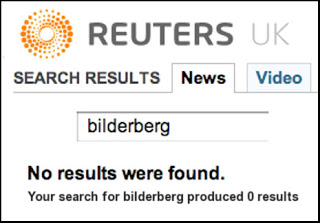 bilderberg fears losing control in chaos-plagued world
from paul joseph watson: Investigative journalist Daniel Estulin, whose information from inside Bilderberg has routinely proven accurate, states that the global elite’s plan to completely destroy the economy and ultimately lower global population by two thirds has stoked fears even within Bilderberg itself that the fallout from such chaos could ultimately result in the globalists losing their control over the world. In a telephone interview, Estulin re-iterated his original points about Bilderberg’s 2009 agenda, which were released in a pre-meeting booklet to members. These include the notion that investors, whipped up into a false state of euphoria by the belief that the economy is recovering, are being suckered into ploughing their money back into the system as a set up for “massive losses and searing financial pain in the months ahead” as the stock market reverses its uptrend and plummets to new lows.

was john kerry at bilderberg 2009? if so, expect this skull & bonesman to make a prominent return to the globalist stage...

meanwhile, the bilderbergers are advancing in norway

we are change confronts soledad o'brien, fareed zakaria & others on their connections to & defense of bilderberg, the cfr & 'secret societies'

from paul joseph watson: London Guardian journalist Charlie Skelton, who began his coverage of the 2009 Bilderberg conference in a jovial and mocking manner, is now warning that the horrendous treatment dished out to him by both police and undercover spies is just a taste of what we can expect in our daily lives if we allow Bilderberg’s agenda, and specifically ID cards and implantable microchips, to be implemented. Initially setting out to cover the event in a satirical way, Skelton left Greece yesterday chilled to the bone about how he had been harassed, detained and stalked for days on end by authorities merely for taking photographs of the hotel where Bilderberg members were staying. “My experience over the last several days in Greece has granted me a single, diamond-hard opinion,” writes Skelton, “That we must fight, fight, fight, now – right now, this second, with every cubic inch of our souls – to stop identity cards.”

update: abc news reports on secret meeting of the rich,
yet ignores the bilderberg group completely
from paul joseph watson: ABC News today [may20] devoted a prominently featured three page story to a “secret meeting” of rich philanthropists which took place earlier this month in New York, and yet one of the biggest news corporations in America was completely silent during a far more important meeting of around 150 of the world’s powerbrokers at the Bilderberg conference last week. At time of press, the ABC News story is the second top story on the ABCNews.com website under the headline, America’s Richest Givers’ Secret Meeting. “Under a cloak of secrecy, some of the world’s wealthiest people gathered in an unprecedented meeting early this month in New York City possibly to coordinate strategies for giving their vast fortunes to charity in the midst of the financial crisis,” begins the report, before descending into a deluge of fawning idolatry about how people like David Rockefeller, Bill Gates and Ted Turner, who has repeatedly called for world population to be reduced by a shocking 95% as well as a one child policy instituted in the west, are committed to saving the poor from the ravages of the economic crisis with their benign acts of philanthropy. The report states that the meeting is “enough to spark the imaginations of conspiracy theorists everywhere,” linking to a previous ABC News report that implies people who believe that powerful individuals conspire to rule the world in secret are probably mentally ill. The most vomit inducing paragraph of the whole article arrives when ABC asks, “There remain as many questions about the meeting’s details as there are about the logistics behind its organization. How did some of the world’s most public figures coordinate their schedules, travel, and security with no one in media knowing about it?” Well how indeed did they manage to do that I wonder? 150+ of the global elite manage to do it on a routine basis every single year without barely a whimper from the corporate media, despite the location of the Bilderberg meeting leaking in advance every time. They manage to do it because the corporate media was castrated decades ago and is merely a PR machine for the establishment, which is why they dutifully follow orders not to report on what would otherwise be a gargantuan story of worldwide interest in the form of the secret Bilderberg Group meetings. ABC News is owned by the Walt Disney Company, Vice Chairman of which is Roy Disney, nephew of Walt Disney himself. Roy Disney is a Bilderberg member, having attended the secretive cabal’s 1999 conference in Sintra, Portugal.