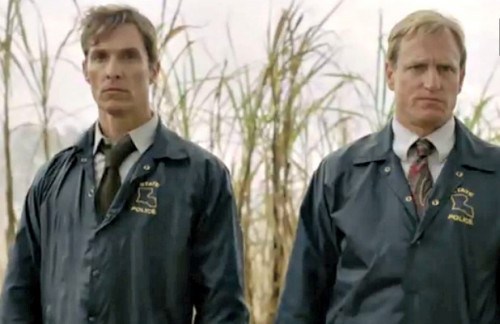 from vigilantcitizen.com: This season’s breakout hit on HBO was undoubtedly True Detective. The eight-episode series was a surprise hit for executive producers who are also the show’s stars, Woody Harrelson and Matthew McConaughey, and the show’s creator Nic Pizzolatto. The eight episode season featured stellar acting and writing, but what surprised many viewers and helped make the show into a pop culture phenomenon, was the elaborate and grisly plot. The story features a powerful and mysterious Satanic-pagan cult comprised of U.S. Senators, pastors and police brass, collectively involved in decades of covering up child abductions and ritualistic murders on the Louisiana coast.