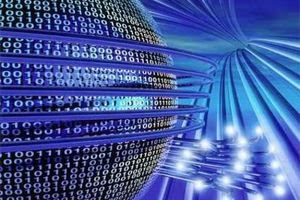 from dodbuzz: Black-Cyber-Operations have become all too common, launching highly sophisticated cyber actions against their targets that go undetected for months or years. A black operation is generally accepted worldwide by militaries and intelligence agencies to represent specific types of covert operations typically involving activities that are either secret or of questionable legitimacy and often violate international law and demand deniability.

Russia began developing black-cyber-ops teams as far back as the early 1990s. But Russia is not the only military with these capabilities. A Chinese black-ops team is credited with the design and execution of the “Titan Rain” initiative that long went unchecked and undetected deep inside the U.S. Department of Defense networks. This cyber event is said to be second only to the cyber attack that hit the Pentagon in 2008 and impacted both theaters of operation (Afghanistan and Iraq).

These highly specialized teams are rarely talked about in the open media, but sometimes come up in quiet, off-line conversations at conferences. Recently, at a cyber warfare event, the lunch break conversation turned to cyber weapons. “If I were to start a business today, I would start a black-cyber-ops and cyber weapons development organization,” I told those sitting nearby. Somebody (from a three letter organization) leaned over, tapped me on the shoulder and said, “I’ll be your first customer.”

As the conversation went on, another said, “We need the equivalent of a Cyber Blackwater” (or Xe). While there are black-cyber-ops organizations around the world and cyber arms developers and dealers, this appears to be an underserved market niche. Given the attention cyber warfare is now receiving, you can bet there will be more such organizations going active in the next few years.

FACT: The only difference between a cyber weapon and a security or capacity testing tool is the intent of the individual using it.

FACT: There is a reference to at least one Black-Cyber-Ops Conference that was said to involve the Israeli Military and the Mossad.