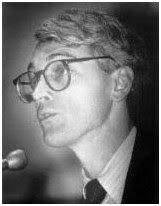 from truthout: In violation of the US Code and international law, the Bush administration is spending more money (in inflation-adjusted dollars) to develop illegal, offensive germ warfare than the $2 billion spent in World War II on the Manhattan Project to make the atomic bomb.

So says Francis Boyle, the professor of international law who drafted the Biological Weapons Anti-Terrorism Act of 1989 enacted by Congress. He states the Pentagon “is now gearing up to fight and ‘win’ biological warfare” pursuant to two Bush national strategy directives adopted “without public knowledge and review” in 2002.

The Pentagon’s Chemical and Biological Defense Program (PDF) was revised in 2003 to implement those directives, endorsing “first-use” strike of chemical and biological weapons (CBW) in war, says Boyle, who teaches at the University of Illinois, Champaign.

Terming the action “the proverbial smoking gun,” Boyle said the mission of the controversial CBW program “has been altered to permit development of offensive capability in chemical and biological weapons!”

Another $5.6 billion was voted for “the deceptively-named ‘Project BioShield,'” under which Homeland Security is stockpiling vaccines and drugs to fight anthrax, smallpox and other bioterror agents, wrote Boyle. Protection of the civilian population is, he said, “one of the fundamental requirements for effectively waging biowarfare.”

The Washington Post reported December 12 that both houses of Congress this month passed legislation “considered by many to be an effort to salvage the two-year-old Project BioShield, which has been marked by delays and operational problems.” When President Bush signs it into law, it will allocate $1 billion more over three years for additional research “to pump more money into the private sector sooner.” …