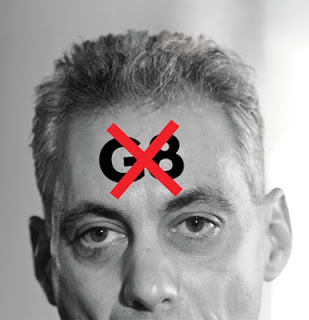 from nytimes.com: President Obama has boasted for months about playing host to the annual summit meeting of the Group of 8 industrialized nations this May in his hometown, Chicago. But on Monday, without explanation, the White House announced a shift to the secluded setting of Camp David, the presidential retreat in Maryland.

Administration officials and associates, speaking only on condition of anonymity, said the president in recent weeks began discussing the idea of a more intimate setting for the world leaders — both to ease their communications and to cut down on the security concerns and traffic tie-ups of a big-city meeting.

Also, several noted, attendees will include Vladimir V. Putin, a harsh critic of the United States, who will return as Russia’s president after his election on Sunday.

“To facilitate a free-flowing discussion with our close G-8 partners, the president is inviting his fellow G-8 leaders to Camp David on May 18-19 for the G-8 Summit, which will address a broad range of economic, political and security issues,” the brief White House statement said. Camp David is about an hour from Washington and open only to the president and people he invites.

Still, the change was unusual given the months-long lead time that such events require.