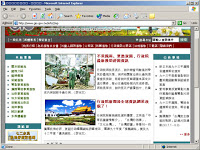 from financial times: The Chinese military hacked into a Pentagon computer network in June in the most successful cyber attack on the US defence department, say American ­officials.

The Pentagon acknowledged shutting down part of a computer system serving the office of Robert Gates, defence secretary, but declined to say who it believed was behind the attack.

Current and former officials have told the Financial Times an internal investigation has revealed that the incursion came from the People’s Liberation Army.

One senior US official said the Pentagon had pinpointed the exact origins of the attack. Another person familiar with the event said there was a “very high level of confidence... trending towards total certainty” that the PLA was responsible. The defence ministry in Beijing declined to comment on Monday.

Angela Merkel, Germany’s chancellor, raised reports of Chinese infiltration of German government computers with Wen Jiabao, China’s premier, in a visit to Beijing, after which the Chinese foreign ministry said the government opposed and forbade “any criminal acts undermining computer systems, including hacking”.

“We have explicit laws and regulations in this regard,” said Jiang Yu, from the ministry. “Hacking is a global issue and China is frequently a victim.”

George W. Bush, US president, is due to meet Hu Jintao, China’s president, on Thursday in Australia prior to the Apec summit.