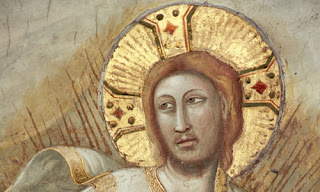 codices lead to allegations of jesus as an openly gay man

from guardian: What if the newly found codices provided evidence of Jesus's same-sex activity? Michael Ruse imagines the implications. The most astounding finding from the newly discovered lead codices is that Jesus Christ was unambiguously and openly gay. He and his disciples formed a same-sex coterie, bound by feelings of love and mutual support. There are recorded instances of same-sex activity – the "beloved disciple" plays a significant role – and there is affirmation of the joys of friendship and of living and loving together.

A whole new complexion is given to that rather puzzling passage where Jesus exhorts his followers to break family ties: "If any man come to me, and hate not his father, and mother, and wife, and children, and brethren, and sisters, yea, and his own life also, he cannot be my disciple." (Luke 14, 26). It seems clear now that this is less a negative repudiation of family and more a positive exhortation to join in affirmation of a gay lifestyle and love.

There is at least one new parable, that of the two young men. There are clear echoes of the relationship between David and Jonathan, for Jesus speaks of one young man having his soul "knit with the soul" of the other, and loving him "as his own soul". Intriguing is evidence that the Catholics might be closer to the truth about the status of Mary, the mother of Jesus, than are the Protestants. She has a much bigger role in the life of Jesus than many hitherto expected, with Jesus frequently returning home and making much of her.