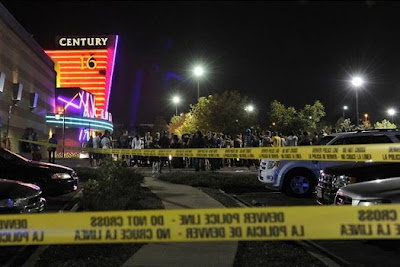 from washingtontimes.com: “If it bleeds it leads”. That is the media motto. A motto proved with the coverage of the Aurora, Colorado shootings. One radio outlet dubbed it the “movie murder massacre.” It led the news all day long and still is. Droning live reports of, well, nothing, dominate the media. All anyone knew for sure was one person, James Holmes, shot, wounded, and killed people in a dark movie theater during the midnight opening of “The Dark Knight Rises”. In a spectacular frenzy of sensationalism, the media bored us with footage and babbling commentary about what they did not know, and their experts who have no expertise. They just could not resist turning a tragedy into a spectacular national media lollapalooza. P.T. Barnum would be proud. It was sad and pathetic to see how low the media sank in the name of sensationalism.

One response to “Colorado ‘Movie Murder Massacre’ Sensationalized By Media”