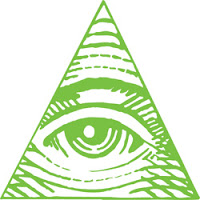 The Illuminati: Renegades of the Mystery Schools

Uri Dowbenko offers original view in article, "The Illuminati: Renegades of the Mystery Schools," where Illumined Ones "...abandoned their role of enlightening humankind in order to reap the benefits and entitlements of the Ruling Class."   Dowbenko suggests, "The Illuminati may be considered...apostate Gnostics and refers to views of John Lamb Lash, comparative mythologist, also an expert in gnosticism. The article makes case for roots of Illuminati reach into distant past much further than 1776 Bavaria.  Dowbenko utilizes work of Lash to argue a wrong turn was taken shortly after establishment of urban centers - thousands of years ago:

"The controversy began when certain initiates of the Mystery Schools began to abuse their mystical knowledge and redirect it into behavioural manipulation, psychological programming and mind control technology. In essence, the Illuminati gave up their role as teachers to become social engineers and advisors to the Ruling Class. This coincided with the rise of the patriarchal Abrahamic religions of Judaism, Islam and Christianity, which also required techniques of mind control to keep their followers (“believers”) in line,"

Dowbenko concludes not much has changed over many millenniums, "As renegades from the Mystery Schools who betrayed the Mysteries and subverted Gnosis (“Knowledge”), the Illuminati plan to divide, conquer and rule the world has worked quite well because people are easily programmed into belief systems contrary to their own welfare."  The article offers original perspective that suggests roots of Illuminati reach far back in history, possibly, to the very first ages of man!