stuxnet & cyberstorm3 are unrelated, nothing to see here… 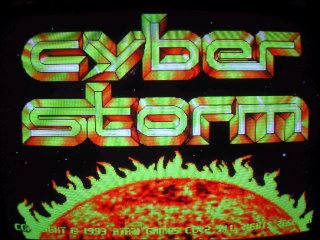 from defencetalk: US keyboard warriors were doing battle Tuesday with a simulated cyberattack on government and private computer networks that undermines basic trust in the Internet. The “Cyber Storm III” exercise involves participants from seven US government departments, including the Pentagon, 11 US states, 60 private companies and 12 international partners.

The biennial exercise is being staged by the Department of Homeland Security and is the first test of the new National Cybersecurity and Communications Integration Center based in an office building in this Washington suburb. The NCCIC booted up in October 2009 to serve as the coordinating center for US cybersecurity operations and houses US government computer experts and their private sector counterparts under one roof.

Briefing reporters ahead of “Cyber Storm III,” Brett Lambo, the director of DHS’s Cyber Exercise Program, stressed that the exercise, which is expected to last three days, is “completely simulated… We’re not attacking any real networks,” Lambo said. “We’re not taking down a network. We’re not injecting any real malware.”

The thousands of participants in the exercise will receive more than 1,500 “injects” of simulated events that they will have to react to as unknown adversaries seek to exploit known vulnerabilities in cyber infrastructure…