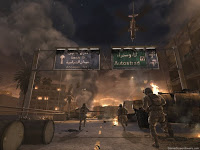 from danger room: Far-off commanders can already watch battles unfold, thanks to spy drones, streaming video overhead. They can read after-action reports, to learn how troops on the ground experienced the fight. But those officers don't have detailed, digitally-animated simulations, merging all that info - and showing how similar fights might go, in the future. Which is a situation Darpa, the Pentagon's blue-sky research arm, would like to fix. The agency is holding a mid-December meeting in Virginia to launch its "RESURRECT" (REstoring SURvivability by REConstructing Trauma) project. It aims to "create high-fidelity computer simulations" of warzone events "for tactical, operational and strategic review."

fighting with photons: the most famous weapon of science fiction is rapidly becoming fact
from economist: Like so much else in science fiction, the ray gun was invented by H.G. Wells. In the tentacles of Wells’s Martians it was a weapon as unanswerable by earthlings as the Maxim gun in the hands of British troops was unanswerable by Africans. Science fiction, though, it has remained. Neither hand-held pistols nor giant, orbiting anti-missile versions of the weapon have worked. But that is about to change. The first serious battlefield ray gun is now being deployed. And the next generation, now in the laboratory, is coming soon. The deployed ray gun (or “directed-energy weapon”, in the tedious jargon that military men seem compelled to use to describe technology) is known as Zeus. It is not designed to kill. Rather, its purpose is to allow you to remain at a safe distance when you detonate unexploded ordnance, such as the homemade roadside bombs that plague foreign troops in Iraq... The Missile Defence Agency releases a fact sheet about its Airborne Laser. Raytheon has a video and a press release about LADS.

kuwaiti navy, nato conclude military drills in gulf
from rtt news: Kuwaiti Navy and ships from the Standing NATO Maritime Group 2 (SNMG2) concluded strategic military exercises Sunday, the first of their kind in the Gulf region. The joint exercises were part of the Istanbul Cooperation Initiative (ICI) and a security agreement with the NATO on information exchange. The six-day drills included fast inshore attack training, anti-piracy demonstration, an air defense exercise, and a demonstration of firepower. 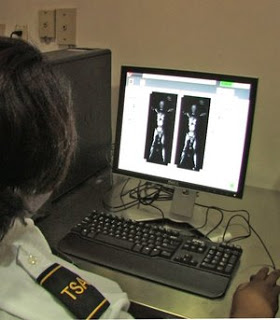 from miami herald: About 400 people participated in the nation's first pandemic flu exercise at Miami International Airport. What if a deadly global pandemic were sweeping across the world and the United States needed to try to delay its effect on our shores? For the first time, at Miami International Airport on Wednesday [nov5], about a dozen federal, state and local agencies participated in a simulation exercise to review the steps needed to screen international passengers arriving in the face of a severe influenza pandemic. "It's an opportunity to test the plan, see how it works and what needs to be improved, so that when we need to use it for real we are ready," said Christine Pearson, spokeswoman for the Centers for Disease Control and Prevention in Atlanta. About 400 people participated in the test drill, including about 200 voluntary actors. CDC, the Department of Homeland Security and the Department of Transportation led the effort... "A pandemic is inevitable, but we can't say it's imminent," said Dr. Martin Cetron, director of global migration and quarantine for the CDC.

nato voices serious worries about russian missile plans
from afp: NATO has "serious worries" about the compatibility of Russian plans to deploy missiles in a western Russian enclave with arm control "arrangements," an alliance spokesman said Wednesday. "We have seen the press reports on the statement of President (Dmitry) Medvedev regarding deployment of Iskander missiles to the Kaliningrad region," spokesman Robert Pszczel told AFP. "If confirmed, it would raise serious worries concerning the conformity with existing arms control arrangements which are important for European security," he added.

venezuela & russia discuss nuclear energy & flights
from ap: Top Venezuelan and Russian officials met Thursday to discuss bilateral agreements on everything from nuclear energy to direct flights connecting Caracas to Moscow. Russian Deputy Prime Minister Igor Sechin headed a delegation of business leaders visiting Venezuela to discuss development plans prior to Russian President Dimitri Medvedev's visit later this month. "In a moment when the banks of the developing world are going bankrupt and disappearing, our two countries are negotiating the creation of a binational bank that will allow the financing of development," Venezuelan Vice President Ramon Carrizalez said.

china's space industry takes off
from spacedaily: China put another two satellites into orbit on Wednesday, just weeks after its third successful manned space mission and the first space walk by Chinese astronauts in September. The space industry is taking off, thanks to the 30-year-old Reform and Opening-up Drive, said Zhou Jianping, chief designer of the manned space program. China established its space sector in the 1950s, an era of difficulty and hardship.

postal anthrax aftermath: has biodefense spending made us safer?
from sciam: As the Federal Bureau of Investigation was about to move in, U.S. Army biodefense scientist Bruce Ivins committed suicide, thus possibly closing the chapter on the first—and so far only—fatal bioattack in U.S. history. The FBI alleges that Ivins, who worked at the U.S. Army Medical Research Institute of Infectious Diseases (USAMRIID) in Fort Detrick, Md., mailed anthrax-laden letters in September and October 2001 that killed five people. The incidents sparked a massive infusion of research funds to counter civilian bioterrorism, $41 billion spread over seven federal departments and agencies. Yet some observers argue that those funds have done little to guard against another bioterror incident, especially if the FBI is right about Ivins.