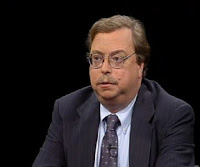 death of the dc madam (updates)

from paul joseph watson: Former NSA analyst and Navy intelligence officer Wayne Madsen tells the The Alex Jones Show that one of the key motives behind the DC Madam’s murder may have been the information her call girls picked up from Washington’s top brass concerning foreknowledge and government complicity in the 9/11 attacks. Madsen also connected another suspicious death - that of former CIA agent Roland Carnaby who was gunned down by Houston police last week - to another individual who was involved in both the 9/11 cover-up and the D.C. Madam scandal, disgraced lobbyist Jack Abramoff.

professional debunker claims palfrey friendship
from kurt nimmo: Dan Moldea tells us he was Deborah Jeane Palfrey’s friend. Moldea, an an independent crime reporter, wanted to write a book on Palfrey. Now that Palfrey is dead, Moldea tells us she confided in him. “She wasn’t going to jail, she told me that very clearly. She told me she would commit suicide,” Moldea tells Time Magazine.

(343kb PDF) were released today and given full court press by a corporate media that largely refused to cover her statements that she would never commit suicide and the statements of her friends and family who said she wasn’t suicidal, but Palfrey’s alleged reason for killing herself, that she would be "penniless" upon leaving prison, contradicts the fact that a multi-million dollar book deal was in the pipeline.

strizack on suicide note: ‘that’s not her signature’

from paul joseph watson: The manager of an Orlando condo building where Deborah Jean Palfrey, also known as the D.C. Madam, owned a unit disputes the alleged suicide notes that were published in the media - after witnessing examples of her handwriting going back years Joe Strizack concludes, "She could sign her signature a hundred times and it would be identical... That is not her signature." 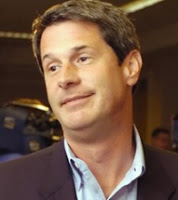 from raw story: An ethics complaint against Senator David Vitter (R-LA) filed by Citizens for Responsibility and Ethics in Washington has been dismissed without prejudice today... It was discovered that Vitter sought Palfrey's services when his phone number surfaced on a client list obtained by Hustler publisher Larry Flynt. On July 9, 2007, after being contacted by Hustler, Vitter publicly acknowledged a "very serious sin in my past for which I am, of course, completely responsible."