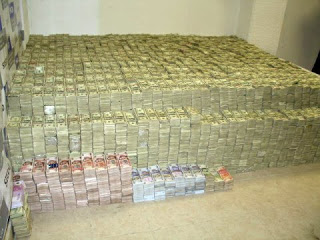 from daily mail: Drugs money saved some banks from collapse at the height of the global crisis the United Nations' drugs and crime chief claimed today. Antonio Maria Costa, head of the UN Office on Drugs and Crime, told the Observer that there were signs that some banks were rescued by billions of dollars that 'originated from the drugs trade and other illegal activities.'

Speaking from his office in Vienna, Costa explained that in the second half of 2008, lending was the banking system's main problem. 'The system was basically paralysed because of the unwillingness of banks to lend money to one another,' he told the newspaper. He said he had seen evidence that the proceeds of organised crime were the 'only liquid investment capital' available to some banks on the verge of collapse last year.

Costa said that as a result, a majority of the $352bn (£216bn) of drugs profits was absorbed into the economics system, effectively laundering it. The UNs' drugs and crime chief said that he was first made aware of evidence that illegal money was being absorbed into the financial system around 18 months ago, although he would not name countries or banks that may have received drugs money. 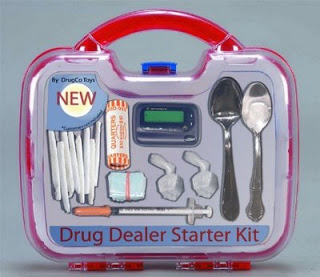 from jsonline: More than a dozen Wisconsin child-care centers that reaped millions of dollars in state subsidies have had close ties to drug-dealing operations, including big-time crime bosses, a Journal Sentinel investigation has found [18.1mb PDF]. The newspaper identified 16 child-care centers with recent connections to drug operations, and the number is likely much higher. Those 16 alone have collected more than $8.5 million in public subsidies since 2006.

Records show many of those centers have been used to stash and transport drugs, launder dirty cash and provide fake employment for criminals - at taxpayers' expense. In an ongoing investigation that has spanned more than a year, the Journal Sentinel has revealed rampant fraud within Wisconsin Shares, the state's $350 million child-care subsidy program. The investigation has spurred sweeping reforms by lawmakers and regulators, led to more than 130 child-care centers losing public funding and resulted in criminal charges against several providers.

marijuana, prescription drug use up among teens

from csmonitor: A national study widely considered to be an important indicator of youth drug abuse showed progress with some drugs but widespread problems with marijuana and prescription or over-the-counter drugs. The study, compiled by the University of Michigan for the federal National Institute on Drug Abuse, found that 7 of the 10 drugs most abused by high school seniors are prescription or over-the-counter drugs acquired primarily from teens’ friends or relatives.