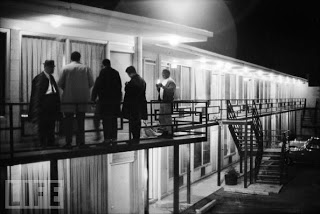 why king was assassinated
from brasscheck tv: Every year, Martin Luther King's contribution to the moral character of the United States becomes clearer and clearer. What also becomes clearer is the power and ruthlessness of the forces he was opposing. The probability that King was killed by forces within the US government becomes clearer every day too. The elite's worst fear is that people will overlook minor racial and social differences and not only understand how they're being screwed but also join together to do something about it. No one had a clearer voice on this subject than King which is why his life was snuffed out.