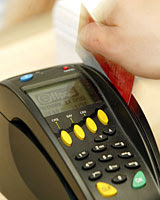 banks in georgia, north carolina & kansas closed by regulators
from bloomberg: Banks in North Carolina, Georgia and Kansas with combined assets of $1.5 billion were seized by regulators last week, costing the U.S. insurance fund $363 million and pushing this year’s tally of failures to 40. Southern Community Bank of Fayetteville, Georgia, and 111- year-old Cooperative Bank in Wilmington, North Carolina, were closed June 19 by state officials, and the Office of the Comptroller of the Currency shut First National Bank of Anthony, Kansas. The Federal Deposit Insurance Corp. was named receiver.

california unemployment rises to record 11.5% in may

unemployment at highest level in 25yrs
from washington times: The turmoil ravaging General Motors and Chrysler generated big jumps in joblessness last month throughout the Midwest, sending Michigan's unemployment rate above 14 percent and pushing three nearby states into double digits. Jobless rates in Illinois and Indiana surpassed 10 percent, while Ohio's approached 11 percent, according to data released Friday in a Labor Department report. The half-percentage-point jump in the national unemployment rate rippled throughout the country as 48 states and the District of Columbia reported increases in their jobless rates in May. The U.S. unemployment rate rose from 8.9 percent in April to 9.4 percent in May, its highest level in more than a quarter-century. The rate was 10.8 percent near the end of 1982.

cia recruiting laid-off bankers in nyc
from newsmax: Laid off from Wall Street? The CIA wants you -- as long as you can pass a lie detector test and show that you are motivated by service to your country rather than your wallet. The Central Intelligence Agency has been advertising for recruits and will be holding interviews on June 22 at a secret location in New York. "Economics, finance and business professionals, if the quest for the bottom line is just not enough for you, the Central Intelligence Agency has a mission like no other," one radio advertisement for the agency says. "Join CIA's directorate of intelligence and be a part of our global mission as an economic or financial analyst. Make a difference in your career and for your nation," it says.

from steve watson: The European Union is set to mirror moves in the US to overhaul the economic regulatory oversight system, in a move that will see national regulators superceded by European supervisors. “The proposals involve creating three pan-European watchdogs next year to ensure countries introduce new rules on supervision.” Reports the London Telegraph. “Under the proposals, there is to be a European Banking Authority in London, an Insurance Authority in Frankfurt, and a Securities Authority in Paris. All European leaders agreed today to their creation.” These three new bodies will have the authority to dictate and implement decisions on regulatory standards across the board in every member state. Furthermore, the deal will see the creation of a European Systemic Risk Board, that would “monitor the build up of risks”, issue recommendations for action and oversee their implementation. The chairmanship of this new body will be elected by members of the general council of the European Central Bank. This mirrors plans in the US to hand the private Federal Reserve powers to simply seize and take over any company it defines as a risk to the economy. Of course, we shouldn’t be surprised by the move given that, for the most part, the Federal Reserve and the European Central Bank are run by the same private globalist banking corporations.

got soul? here's your money

bankster 'holiday' planned for september?
from kurt nimmo: Bob Chapman’s influential International Forecaster is reporting on the possibility of a so-called “bank holiday” planned for late August or early September. According to Chapman’s sources, U.S. embassies around the world are selling dollars and stockpiling money from respective countries where they operate. “Some US embassies worldwide are being advised to purchase massive amounts of local currencies,” writes Harry Schultz, “enough to last them a year.” Schultz publishes the Harry Schultz Letter, an international investment, financial, economic, and geopolitical newsletter named as “Newsletter of the Year” by Peter Brimelow of Market Watch in 2005 and 2008. Schultz believes the global elite are in the process of engineering an FDR-style “bank holiday” of undetermined length in order to “sort-out the bank mess” and impose new bank rules. On March 5, 1933, in the depths of the banker engineered “Great Depression,” newly elected Franklin Roosevelt declared a “bank holiday” that forced banks closed for four days. Roosevelt then rammed the Emergency Banking Act through the legislature. Passed by Congress on March 9, the act granted FDR near dictatorial control over the dealings of banks. It also allowed the Secretary of the Treasury the power to compel every person and business in the country to relinquish their gold and accept paper currency in exchange.

US tops list of countries with the largest external debt

numbers on welfare see sharp increase
from wsj: Welfare rolls, which were slow to rise and actually fell in many states early in the recession, now are climbing across the country for the first time since President Bill Clinton signed legislation pledging "to end welfare as we know it" more than a decade ago. Twenty-three of the 30 largest states, which account for more than 88% of the nation's total population, see welfare caseloads above year-ago levels, according to a survey conducted by The Wall Street Journal and the National Conference of State Legislatures. As more people run out of unemployment compensation, many are turning to welfare as a stopgap. The biggest increases are in states with some of the worst jobless rates. Oregon's count was up 27% in May from a year earlier; South Carolina's climbed 23% and California's 10% between March 2009 and March 2008.

the golden state is melting 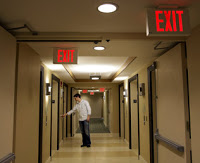 from miami herald: Joshua Hamann jokingly compares himself to the last human in a city overrun by zombies. He's not suggesting his neighbors are zombies. The problem is, he has no neighbors. Hamann dwells in a newly opened condo. And in the six weeks since moving into the gleaming new Everglades on the Bay in downtown Miami, he has felt pretty lonely. Hamann occupies one of only about 50 sold condos in his 49-story tower, out of 409 units. A couple miles north at Midtown Miami, Alisha Marks knows the same feeling. "It was pretty much a ghost town when I got here," she says.