from examiner: Senator Barack Obama received a $101,332 bonus from American International Group in the form of political contributions according to Opensecrets.org. The two biggest Congressional recipients of bonuses from the A.I.G. are - Senators Chris Dodd and Senator Barack Obama. The A.I.G. Financial Products affiliate of A.I.G. gave out $136,928, the most of any AIG affiliate, in the 2008 cycle. I would note that A.I.G.’s financial products division is the unit that wrote trillions of dollars’ worth of credit-default swaps and "misjudged" the risk. The Washington Post reports a "mob effect" at A.I.G financial products division... With the anger and rage that is being exhibited against A.I.G., perhaps the bonuses Obama received from A.I.G. explain Obama's A.I.G crocodile tears. Now that the Wall street Journal has revealed that A.I.G. paid bonuses of $1 million or more to 73 employees, it's time to ask if recipients of A.I.G. "bonuses," including President Obama, will give what now ought to be taxpayer money back? 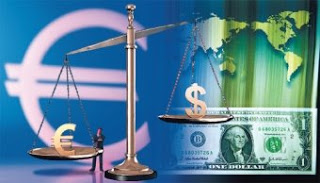 from steve watson: A so called "bailout backlash", a huge rise in public antagonism toward banks and Wall Street, is set to provide the Obama administration and the governments of the G20 nations a pretext to usher in a new era of international centralization and control over financial practices and institutions. The backlash or "bailout rage" as others have dubbed it, has been further heightened by revelations regarding AIG’s squandering of almost $100 billion in taxpayer rescue funding - which it siphoned off to Goldman Sachs and a number of European banks - in addition to the company’s plan to continue issuing massive bonuses to the people in the very division that were responsible for it’s spiraling derivative-driven downturn. The intention to use such practices to push for increased authoritative regulation is clear. "Mr. Obama’s advisers argued that to at least some extent, this was a sentiment they could tap to push through his measures in Congress," reported The New York Times yesterday. However, the Times article also highlights the fine line that Obama and other heads of state must tread in utilizing such backlash for their own gain. "The danger, aides said, is that if he were to become identified as an advocate for the banks and Wall Street, people could take out their anger on him." This is the stumbling block that must be overcome in order to uncover the real solutions to the induced global financial collapse. While the practices of those at AIG, Goldman Sachs and their ilk are abhorrent, they represent a mere drop in the ocean compared to the actions of our governments and their central bank bedfellows, who have provided for such circumstances in the first instance anyway.

experts: financial crisis threatens security
from army times: The global economic crisis is putting a three-sided squeeze on the defense budget that could leave the nation at greater risk, U.S. intelligence analysts and outside experts warn Congress. In testimony before the House and Senate Armed Services committees, witnesses warned that the world, in many cases, will become a more dangerous place at the same time that many nations will have less to spend on their national security programs. This puts a greater burden on the U.S. military, which also is going to face pressure to cut expenses.

US could use crisis to wage 'financial warfare'

volcker & the mother of all financial crises