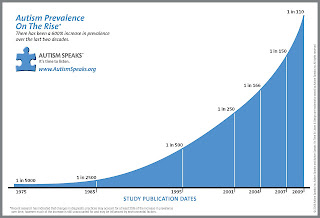 from cryptogon.com: Via: Entropy:

Abstract: Autism is a condition characterized by impaired cognitive and social skills, associated with compromised immune function. The incidence is alarmingly on the rise, and environmental factors are increasingly suspected to play a role. This paper investigates word frequency patterns in the U.S. CDC Vaccine Adverse Events Reporting System (VAERS) database. Our results provide strong evidence supporting a link between autism and the aluminum in vaccines. A literature review showing toxicity of aluminum in human physiology offers further support. Mentions of autism in VAERS increased steadily at the end of the last century, during a period when mercury was being phased out, while aluminum adjuvant burden was being increased. Using standard log-likelihood ratio techniques, we identify several signs and symptoms that are significantly more prevalent in vaccine reports after 2000, including cellulitis, seizure, depression, fatigue, pain and death, which are also significantly associated with aluminum-containing vaccines. We propose that children with the autism diagnosis are especially vulnerable to toxic metals such as aluminum and mercury due to insufficient serum sulfate and glutathione. A strong correlation between autism and the MMR (Measles, Mumps, Rubella) vaccine is also observed, which may be partially explained via an increased sensitivity to acetaminophen administered to control fever.