from healthday news: Almost half of tested samples of commercial high-fructose corn syrup (HFCS) contained mercury, which was also found in nearly a third of 55 popular brand-name food and beverage products where HFCS is the first- or second-highest labeled ingredient, according to two new U.S. studies. HFCS has replaced sugar as the sweetener in many beverages and foods such as breads, cereals, breakfast bars, lunch meats, yogurts, soups and condiments. On average, Americans consume about 12 teaspoons per day of HFCS, but teens and other high consumers can take in 80 percent more HFCS than average. "Mercury is toxic in all its forms. Given how much high-fructose corn syrup is consumed by children, it could be a significant additional source of mercury never before considered. We are calling for immediate changes by industry and the [U.S. Food and Drug Administration] to help stop this avoidable mercury contamination of the food supply," the Institute for Agriculture and Trade Policy's Dr. David Wallinga, a co-author of both studies, said in a prepared statement. In the first study, published in current issue of Environmental Health, researchers found detectable levels of mercury in nine of 20 samples of commercial HFCS. And in the second study, the Institute for Agriculture and Trade Policy (IATP), a non-profit watchdog group, found that nearly one in three of 55 brand-name foods contained mercury. The chemical was found most commonly in HFCS-containing dairy products, dressings and condiments.

vaccines & other govt propaganda
from infowars: In the seventh installment of his new audio blog, Alex Jones and his wife Violet discuss various government propaganda, as well as television programs, which advance the idea that those who don’t vaccinate will contaminate the rest of society. Violet discusses an episode of Private Practice which features a scenario where the mother of an autistic child had refused to vaccinate another child out of concern about the link between vaccine & autism. That action is portrayed as a dangerous misjudgment leading to the second child spreading measles– which the doctors see as evidence that the woman’s children should be taken by CPS. Alex also discusses USA Service ads that are promoted by Obama, government propaganda about the supposed dangers of marijuana smokers, the pro-abortion culture, and other issues. Click the player button below to hear the latest installment. 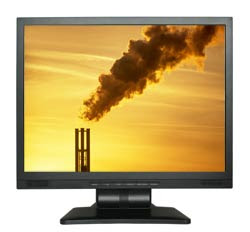 from times online: For the Met Office the forecast is considerable embarrassment. It has spent £33m on a new supercomputer to calculate how climate change will affect Britain – only to find the new machine has a giant carbon footprint of its own. “The new supercomputer, which will become operational later this year, will emit 14,400 tonnes of CO2 a year,” said Dave Britton, the Met Office’s chief press officer. This is equivalent to the CO2 emitted by 2,400 homes – generating an average of six tonnes each a year. The Met Office recently published some of its most drastic predictions for future climate change. It warned: “If no action is taken to curb global warming temperatures are likely to rise by 5.5ºC and could rise as much as 7ºC above pre-industrial levels by 2100. Early and rapid reductions in CO2 emissions are required to avoid significant impacts of climate change.” However, when it came to buying a new supercomputer, the Met Office decided not to heed its own warnings. The ironic problem was that it needed the extra computing power to improve the accuracy of its own climate predictions as well as its short-term weather forecasting. The machine will also improve its ability to predict extreme events such as fierce localised storms, cloudbursts and so on.