pentagon: internet needs to be dealt with as if an enemy 'weapons system'

(2.26mb PDF) is blunt about the fact that an internet, with the potential for free speech, is in direct opposition to their goals. The internet needs to be dealt with as if it were an enemy "weapons system"... Part of the Information Operation Roadmap's plans for the internet are to "ensure the graceful degradation of the network rather than its collapse." (pg 45) This is presented in "defensive" terms, but presumably, it is as exclusively defensive as the Department of Defense.

In an article by Paul Joseph Watson of Prison Planet.com, he describes the emergence of Internet 2:

"The development of "Internet 2" is also designed to create an online caste system whereby the old Internet hubs would be allowed to break down and die, forcing people to use the new taxable, censored and regulated world wide web. If you're struggling to comprehend exactly what the Internet will look like in five years unless we resist this, just look at China and their latest efforts to completely eliminate dissent and anonymity on the web."

from ap: Heathrow Airport introduced a new security system for some of its passengers Friday, requiring them to undergo iris scans and be fingerprinted before boarding their flights... In addition to the photo ID and boarding pass that all passengers must produce at their boarding gate, these customers also will be identified with the iris scan and fingerprint, the spokeswoman said, speaking on condition of anonymity in keeping with BAA's regulations. The biometric data are destroyed within 24 hours, she said. 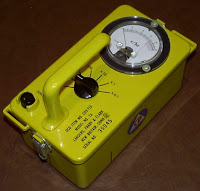 from free market news: We are writing you with great urgency in opposition to Intro 650, a bill introduced into the New York City Council at the request of the mayor and with the support of the Speaker of the City Council. We believe this bill poses a grave threat to university programs, academic research, and unions, environmental, and community-based organizations that conduct independent chemical, biological and radiological environmental sampling. We ask you to join us in opposing this legislation. Intro 650

(681kb PDF) will require permits for the possession or use of any instruments which monitor chemical, biological or radiological contamination. 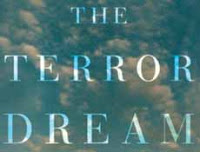 from ukpress: People's dreams became more vivid after the September 11 2001 terrorist attack on New York, a study has found. The findings suggest virtually everyone who witnessed the event, either at the scene or by watching the shocking TV news footage, suffered a degree of trauma.