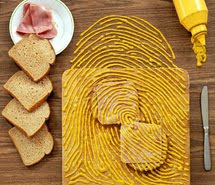 from nytimes: Taking aim at a practice she called unnecessary, costly and punitive, the speaker of the City Council, Christine C. Quinn, is asking the Bloomberg administration to justify requiring applicants for food stamps to be electronically fingerprinted. New York City, where 1.8 million people receive food stamps, is one of only two jurisdictions in the country that require applicants to be fingerprinted, according to Ms. Quinn’s office. The other is Arizona. California and Texas recently lifted a similar requirement; New York stopped using fingerprinting for food-stamp recipients statewide in 2007, but kept it in New York City at the Bloomberg administration’s request... Quinn and opponents of the practice say that there is no evidence that it prevents fraud and that cases of duplication could be found through other means. Instead, they say, it simply deters some New Yorkers from applying for food stamps.