‘Food Revolution’ Off to Contentious & Hopeful Start In Huntington, WV 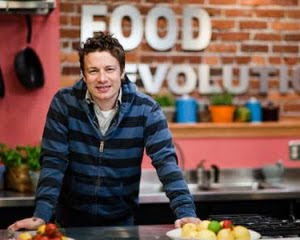 from ethicurean: The ABC preview of “Jamie Oliver’s Food Revolution” Sunday night has me modestly hopeful that ordinary Americans — those largely untouched by the movement to improve diet and agriculture — might watch and learn.

“Revolution” puts reality TV’s conflict-based formula to work by sending celebrity chef Oliver to Huntingon, West Virginia, to revolutionize the local diet. Residents in the city, which the Centers for Disease Control identified as the nation’s unhealthiest, aren’t impressed by the smarty-pants Brit, and the story’s questions fall into place:

The odds seem stacked against him, no surprise to any SOLE food proponent: The processed food devolution has been easy and cheap, and Americans love easy and cheap; Americans don’t like outsiders telling them what to do; and change is hard for most people.