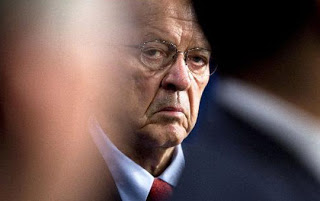 The crash was a stunning event in a state where Stevens became the most beloved political figure in Alaska history during his 40 years in the Senate, earning a reputation as a tireless advocate for projects that brought millions of federal dollars to the state. He was 86.

Stevens and O'Keefe are longtime fishing buddies who had been planning a trip near where the float plane crashed while carrying nine passengers. Shannon O'Keefe said her brother and his son were on the plane, but their status was not immediately known.