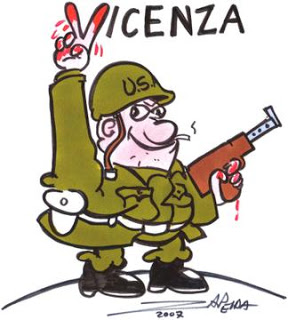 italians occupy site of proposed US military base in vicenza

from global research: Opposition to what would be a major new hub for the U.S. military in Europe is not new. Protest marches have filled Vicenza's streets. The Italian Prime Minister has lost his job. But now construction has neared, and protesters have occupied the site to prevent it. See background here. This morning around 10 a.m. the movement opposing the new U.S. base in Vicenza, Italy, entered and occupied the site. The police were caught completely off guard and the activists were able to cut the fence and gates and occupy the area. Once the police arrived, they were planning to forcibly remove the protesters. However, the protesters are occupying an area that was the airport Dal Molin, which is technically under control of the Italian civilian aviation authority, ENAC, who has said the protest is legitimate. So far the police have backed off. Tonight there will be a public assembly followed by a dinner and concert. Monday, Feb 2, had been announced by the movement as the start of a week of initiative to protest the demolition work that is being carried out in preparation for the construction of the base, but it looks like the activists got off to an early start!

israel hopes to colonize parts of iraq as 'greater israel' 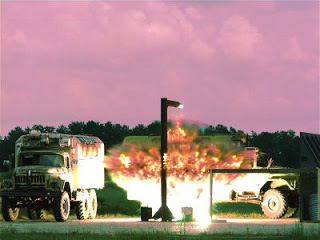 from danger room: Critics continue to press the case that Israel committed "war crimes" in its war with Hamas, because of the civilian casualties in Gaza. Ironically, many of these wounds may have been caused by a weapon designed to reduce collateral damage. Not that the Israelis admit they have the thing. We first reported on Dense Inert Metal Explosive (DIME) munitions in 2006... There are a large number of reports from Gaza that suggest this type of weapon has been used, and, unfortunately, caused civilian deaths. There are reports and pictures of victims peppered with small particles, and descriptions which are consistent with very localized blast... Erik Fosse, a Norwegian doctor working in Gaza says that the weapon "causes the tissue to be torn from the flesh. It looks very different [from a shrapnel injury]. I have seen and treated a lot of different injuries for the last 30 years in different war zones, and this looks completely different." According to Fosse and his colleague Mads Gilbert, the weapon typically amputates or tears apart lower limbs and patients often do not survive. It's no more illegal than normal blast-and-shrapnel weapons, but it is a mystery.

iceland to be assimilated into the eu
from guardian: Iceland will be put on a fast track to joining the European Union to rescue the small Arctic state from financial collapse amid rising expectations that it will apply for membership within months, senior policy-makers in Brussels and Reykjavik have told the Guardian. The European commission is preparing itself for a membership bid, depending on the outcome of a snap general election expected in May. An application would be viewed very favourably in Brussels and the negotiations, which normally take many years, would be fast-forwarded to make Iceland the EU's 29th member in record time, probably in 2011.

chinese state media goes global
from asia times: Even as the People's Liberation Army (PLA) is projecting hard power across the four corners of the earth, the Chinese Communist Party (CCP) is mapping out a multi-pronged strategy to publicize globally the apparent viability of the "China model". The administration of President Hu Jintao is spending around 45 billion yuan (US$6.58 billion) to boost what party insiders call "overseas propaganda" (waixuan gongzuo). Prominent state media including CCTV and Xinhua news agency will vastly enhance programs and news feeds in different languages for Western and Asian audiences, and an English news channel modeled on al-Jazeera is set to let the world get the Chinese take on issues and events ranging from politics and finance to culture and religion.

dea quits bolivia on morales' order
from upi: The U.S. Drug Enforcement Administration has removed all its agents from Bolivia, complying with orders by President Evo Morales, officials said. The DEA began pulling agents out several weeks ago and the last agents left Thursday, the Los Angeles Times reported. The development comes even as Bolivian officials say coca cultivation and cocaine processing are growing. Morales ordered the DEA out in November, more than three decades after the DEA began working there. He expelled U.S. Ambassador Philip Goldberg last year and the Bush administration has decertified Bolivia's anti-drug campaign. Citing senior law enforcement officials, the Times reported this is the first time the DEA has been ordered to pull its entire operation out of a country. Officials said DEA personnel would be redeployed to bordering countries, where they could monitor developments in Bolivia. 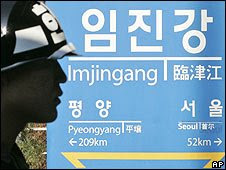 from wikinews: According to media reports in North Korea, the government has severed all political and military ties with its neighbor, South Korea. The North also canceled cooperation, non-aggression and reconciliation agreements that were agreed upon in the early 1990's. N. Korea claims that the South is acting with hostile intent towards their government. The report comes as the Committee for the Peaceful Reunification of Korea (CPRK) was quoted as saying that the South reduced North Korea to dead documents, "[pushing the two] to the brink of a war." "All the agreed points concerning the issue of putting an end to the political and military confrontation between the North and the South will be nullified," said the CPRK in a statement which also said that there is no hope of improving relations. "They have reached the extreme point where the clash of fire against fire, steel against steel, has become inevitable." A spokesman for the Unification Ministry of South Korea, Kim Ho-Nyoun, says the South Korean government deeply regrets the decisions made by the North.

bbc won't play this gaza aid appeal
from 9/11 blogger: The BBC has been joined by Sky News in their boycott of this aid appeal for the children of Gaza. But you can watch it on YouTube, as the Disasters Emergency Committee has posted the ad: