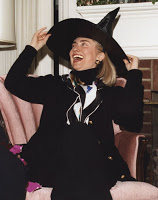 gravel: why hillary scares me

from huffington post: During one of the debates I mentioned that my fellow Democratic candidates scare me. Hillary's speech last week to the Take Back America conference gives me yet another reason to be afraid.

Our founders' legacy did not stop Hillary from voting for the Patriot Act and then supporting its renewal in 2006 despite revelations that the government was using it to infringe on the very liberties that our founders held sacred. Where was her commitment to our founders when she voted to gut our habeas corpus protections?

As for cronyism -- Hillary has repeatedly authorized billions that the Pentagon gave in no-bid contracts to Halliburton. Even though the Democrats have been in control of Congress for months, they still haven't summoned Wolfowitz, Rumsfeld and the other usual suspects to account for the missing millions in reconstruction funding.