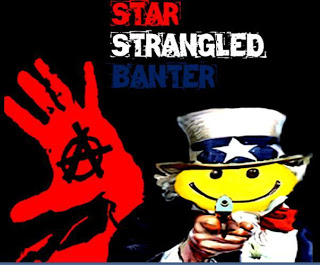 from clyde lewis: America has now been devalued. Prepare yourself for divisions of philosophies and the encouraged discontent to provoke a clash. There will rebellions, total strikes, transportation halts, and mass terrorist attacks from Americans that are worried about the future.

Can you imagine food riots, gas wars, and mass arrests at rallies and protests because of information and actions that obfuscate the American people?

As governments accrue more power to themselves, they seek out ways to expand and complete their control – and fear and dread secure the ideal atmosphere in which to enforce this type of mindless conformity. Prior to 9/11 the United States was a country that had a healthy suspicion of the policies of their government. There was investigation after investigation into wrong doing conducted by the state.

After the attacks people turned to government as a protective entity. Now we are being told that it is not patriotic to question those in authority. The Government somehow is now synonymous with country and constitution. Now that we know that there have been sins committed by our leaders no one wants to cast the first stone. And if a stone is cast it is either by a government trained extremist or the agent that is sent to encourage the stone throwing.

The death of our constitutional rights has been encouraged by the fearful. The Power of the police state will not be relinquished.

Choose your information and your social and political friends wisely.

Because not everyone who rebels, or commits acts of violence, bullhorns at rallies and speaks against the government– speaks the truth.

previous episode: empire of the cacodemons