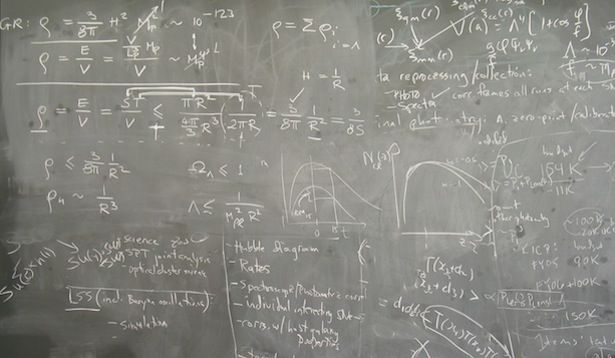 Has Physics Made Philosophy and Religion Obsolete?

from theatlantic.com: It is hard to know how our future descendants will regard the little sliver of history that we live in. It is hard to know what events will seem important to them, what the narrative of now will look like to the twenty-fifth century mind. We tend to think of our time as one uniquely shaped by the advance of technology, but more and more I suspect that this will be remembered as an age of cosmology---as the moment when the human mind first internalized the cosmos that gave rise to it. Over the past century, since the discovery that our universe is expanding, science has quietly begun to sketch the structure of the entire cosmos, extending its explanatory powers across a hundred billion galaxies, to the dawn of space and time itself. It is breathtaking to consider how quickly we have come to understand the basics of everything from star formation to galaxy formation to universe formation. And now, equipped with the predictive power of quantum physics, theoretical physicists are beginning to push even further, into new universes and new physics, into controversies once thought to be squarely within the domain of theology or philosophy.


In January, Lawrence Krauss, a theoretical physicist and Director of the Origins Institute at Arizona State University, published A Universe From Nothing: Why There Is Something Rather Than Nothing, a book that, as its title suggests, purports to explain how something---and not just any something, but the entire universe---could have emerged from nothing, the kind of nothing implicated by quantum field theory. But before attempting to do so, the book first tells the story of modern cosmology, whipping its way through the big bang to microwave background radiation and the discovery of dark energy. It's a story that Krauss is well positioned to tell; in recent years he has emerged as an unusually gifted explainer of astrophysics. One of his lectures has been viewed over a million times on YouTube and his cultural reach extends to some unlikely places---last year Miley Cyrus came under fire when she tweeted a quote from Krauss that some Christians found offensive. Krauss' book quickly became a bestseller, drawing raves from popular atheists like Sam Harris and Richard Dawkins, the latter of which even compared it to The Origin of Species for the way its final chapters were supposed to finally upend the "last trump card of the theologian."
By early spring, media coverage of "A Universe From Nothing" seemed to have run its course, but then on March 23rd the New York Times ran a blistering review of the book, written by David Albert, a philosopher of physics from Columbia University. Albert, who has a PhD in theoretical physics, argued that Krauss' "nothing" was in fact a something and did so in uncompromising terms:
"The particular, eternally persisting, elementary physical stuff of the world, according to the standard presentations of relativistic quantum field theories, consists (unsurprisingly) of relativistic quantum fields... they have nothing whatsoever to say on the subject of where those fields came from, or of why the world should have consisted of the particular kinds of fields it does, or of why it should have consisted of fields at all, or of why there should have been a world in the first place. Period. Case closed. End of story."
Because the story of modern cosmology has such deep implications for the way that we humans see ourselves and the universe, it must be told correctly and without exaggeration---in the classroom, in the press and in works of popular science. To see two academics, both versed in theoretical physics, disagreeing so intensely on such a fundamental point is troubling. Not because scientists shouldn't disagree with each other, but because here they're disagreeing about a claim being disseminated to the public as a legitimate scientific discovery. Readers of popular science often assume that what they're reading is backed by a strong consensus. Having recently interviewed Krauss for a different project, I reached out to him to see if he was interested in discussing Albert's criticisms with me. He said that he was, and mentioned that he would be traveling to New York on April 20th to speak at a memorial service for Christopher Hitchens. As it happened, I was also due to be in New York that weekend and so, last Friday, we were able to sit down for the extensive, and at times contentious, conversation that follows.
Read the full article here.