update: “Your video “Hitler’s ‘Amerika Bomber'” was rejected because it didn’t comply with our Program Policies.” 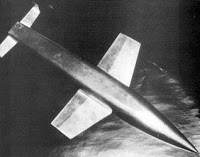 from google video: The Amerika Bomber project was an initiative of the Reichsluftfahrtministerium, the Nazi Germany Air Ministry, to obtain a long-range bomber aircraft for the Luftwaffe that would be capable of striking the continental United States from Germany. Requests for designs were made to the major German aircraft manufacturers early in World War II, long before the US had entered the war.

jump here for the part about how we brought nazi’s over to america to help us out with our work on rockets (and occultism & mind control.