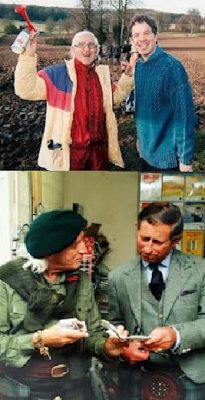 A henrymakow.com blog entry points out the obvious: "the 'lone nutcase' is a time-honored Illuminist technique - the patsy who's blamed for everything from assassinations to bombings to shootings to serial killings," and it's pure fiction!  The author strikes incredulous note in making argument:

"Millions of children go missing all round the world every year. And we're led to believe that the 'lone nutcase' (sound familiar?) is to blame for all that? Some estimates run as high as 8 million children reported missing worldwide each year, with UNICEF and World Concern estimating as many as 1.2 million children trafficked every year.

The US Department of Justice estimates that 800,000 children go missing in America annually, over 50 000 in Canada, 230 000 in the UK, and 1 million in the European Union. Many of these children are family abductees, and most are eventually returned or found. But from one estimate that 80 out of every 2000 children missing in the US will never be found, we can extrapolate the figures to arrive at the staggering worldwide number of 320 000 children per year gone forever."

The present writer only agrees "lone nut" patsies selected for criminal culpability are tired and overused dodges.  Do you really believe mainstream media, following discarded early reports of multiple suspects in almost every recent case?   The wholesale number of children gone missing also exposes any argument that contends individual killers can account for such large numbers!

The blog entry calmly explains what's really happening for captive drones frozen in front of their TVs, "......most of the children who go permanently missing will land up in the hands of the Illuminati - being tortured, dismembered, mind-controlled, used in genetic-experimentation, or sold for cheap labor or as sex slaves for international pedophile rings."

Television is programming and the blog entry suggests, "...Hollywood (both films and TV) is a mass- brainwashing machine, designed to cast a smokescreen around the truth." Do you really believe wild-eyed Jimmy Savile and former UK Prime Minister Tony Blair are above reproach?  The above pictures reveal something else!